Soz Seb You F@&ked it up

The headline may make me sound a little heartless.

Oh, and I also know that I will be labeled a Lewis Hamilton fanboy by all the social media warriors who won’t make it as far as this sentence and will base their entire comments on the headline but hey-ho I can live with that.

Those of you have who have stuck around let me first defend Sebastian Vettel before ripping into him.

The five-second penalty issued in the Canadian Grand Prix was ridiculous.

I mean C’mon F1 let the boy’s race for crying out loud.

Unfortunately, penalties are rife in Formula One these days and unless you are cleaner than a bottle of Dettol you will face the stewards at some point in the season.

I have to back Sebastian in his frustration, I have never driven a Formula One car and probably never will, but I can imagine that trying to keep the thing going in a straight line at 100 plus miles an hour when you have just gone off-roading is hard enough without having to mirror, signal, manoeuvre at the same time. 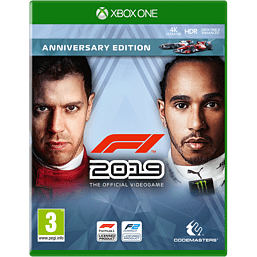 Yes, reviewing the footage it did look as if he gave Hamilton a little squeeze, but this is racing after all and not a free ride, surely, he’s entitled a little bit of defending?

When did F1 become so soft?

However, the rules state you must re-enter the track after an off in a safe manner and he didn’t do it so a penalty look annoyingly inevitable.

I get his protest at the end of the race, he was raging, and he wanted to express that (hell, if I was in his shoes I would probably do the same)

But Seb really has no one to blame but himself.

After all, yet again Sebastian Vettel made a mistake, and he forced Lewis into evasive action and forced the stewards into making a decision that in all honesty they probably didn’t want to have to make.

Lewis Hamilton may be viewed as the bad guy once again but he literally did nothing wrong and rightly kept his gob shut after the race. 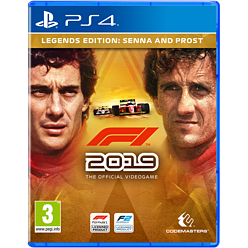 I honestly believe the stewards don’t go out to create controversy but to create consistency thus creating an understanding between all drivers and the penalty was certainly in line with consistency (as Lewis Hamilton has suffered the same fate himself).

No doubt Seb has had time to calm down and reflect on what was otherwise a superb drive.

Unfortunately, a penalty stole the show and it was too harsh, but it only came about because of yet another Sebastian Vettel fuck up.

I have been producing content for the sports industry for many years now and love nothing more than the competitive nature of any game. An avid football, F1, and golf fan, when I am not giving my opinions on sport, I will most likely be trying to chip out of a bunker.

Sport is all about voicing your opinion and that is exactly why Opinionated Sports was created.

Thought provoking stories and a unique take on all the action from any sport in the world.

ContentLIVEGOLF @ContentLivegolf
Clubs locked in the old man's garage so bust these bad boys out instead!!

Any brand got a claim on these weapons??

For advertising opportunities on this site, contact Ian Waterhouse at ian@contentlodge.co.uk

Powered by WordPress | Theme by The Bootstrap Themes